Explore a thriving port city on the western tip of Lake Superior where outdoor recreation is as available as cultural destinations and historic sites. Iconic cascades at Gooseberry Falls present a symphony of rushing water cascading over rock faces that attract fun-loving climbers. The famed North Shore Scenic Drive or North Shore Scenic Railroad tour will take you along stunningly beautiful rocky cliffs and through pristine forests. State parks give you well-kept trail systems in the most scenic areas in the state, including eye-popping leaf peeping in the fall. Visit the world’s longest freshwater beach at Park Point for 7 miles of sandy fun. Or split up your outdoor adventures to take in unique museums and sights like the historic aerial lift bridge that raises 135 feet straight up to allow the passage of huge barges on average once an hour. The Great Lakes Aquarium, Lake Superior Railroad Museum, or Lake Superior Maritime Visitor Center can also give you fresh perspectives on the area’s history, biology, and culture.

Duluth occupies a pivotal place on Lake Superior, making it both the headwaters of the St. Louis River and an important port city where many enormous shipping barges reach their final destination. As you might expect, Duluth has its own international airport (DLH) with flights primarily to and from bigger connecting airports at Minneapolis St. Paul (MSP) and Chicago (ORD). Some visitors fly into Minneapolis St. Paul and take an affordable shuttle to Duluth, but the direct flights tend to be reasonable and are often comparable to flying into larger nearby airports. Public transit can get you around the city affordably, including a charming free trolley system in the summer months for Bayfront, Canal Park, downtown and the HART District, but you may feel the itch to go farther abroad than transit can take you, making a rental car the ideal option. 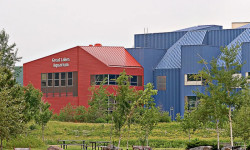 North Shore Scenic Railroad: Take a fully narrated train tour from the historic Duluth Union Depot up the shore of Lake Superior into the countryside and the dramatic north woods. Ride the tracks and soar over trestles as far as 27 miles one-way with many seasonally-themed rides available. 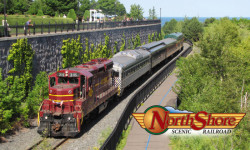 Lake Superior Railroad Museum: Stroll among giant, restored locomotives and learn of the giant personalities that helped put Minnesota, Duluth and the U.S. on solid economic footings. Rainy day? No worries. Most of the exhibit-space of this well-respected train museum can be found indoors. 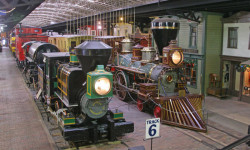 Lake Superior Maritime Visitor Center: Explore a free museum where you’ll be treated to epic tales of shipwrecks, storms and the fascinating history that binds them together. And if you’d like to see ships passing under the adjacent historic aerial lift bridge, the museum makes sure to inform visitors of passing ships before their arrival so you don’t miss a thing. 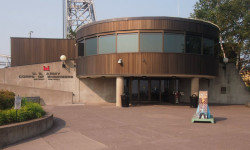 Gooseberry Falls: Once described as “one of the best wrong turns ever taken,” Gooseberry Falls thrills visitors with stunning scenery in a well-maintained state park setting. See a wide range of waterfalls cascading through aspen and birch forests that put on a spectacular fall foliage show every year. 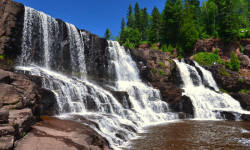 Split Rock Lighthouse: Anchor yourself to Minnesota history at a 1,000-watt lighthouse that has averted shipwrecks for a century. Or explore the trails and waterways of the surrounding state park that will add some adventure to your historic journey. 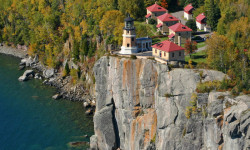 Tettegouche State Park: Watch rock climbers skitter up routes on a craggy shoreline, stand in the mist cascades along the scenic Baptism River, spy a peregrine falcon sweeping out of the sky with unreal speed, or visit in the winter for a cross-country ski tour across a downy blanket of silence. 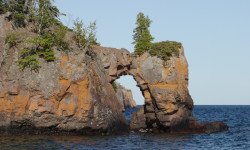 Boundary Waters Wilderness: Explore over 1,200 miles of canoe routes on more than a million acres of forest tracts that helped give the Land of 10,000 Lakes its name. Hiking, canoeing, and portaging adventures take you past rugged cliffs, isolated islands, sandy beaches, and literally thousands of lakes in a quiet forested area where you can be as solitary as you want to be. 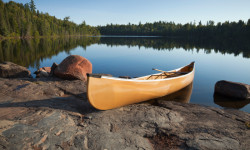 Grand Portage State Park: Take a one-mile hike to Minnesota’s highest waterfall, an impressive 120-foot cascade with several viewing platforms where you’ll often see a rainbow in the waterfall’s churning mist. Adding to the natural splendor, explore interpretive cultural displays of the Grand Portage Ojibwe people that share the land on which the falls roar. 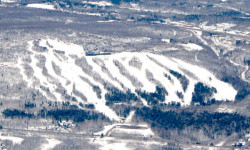 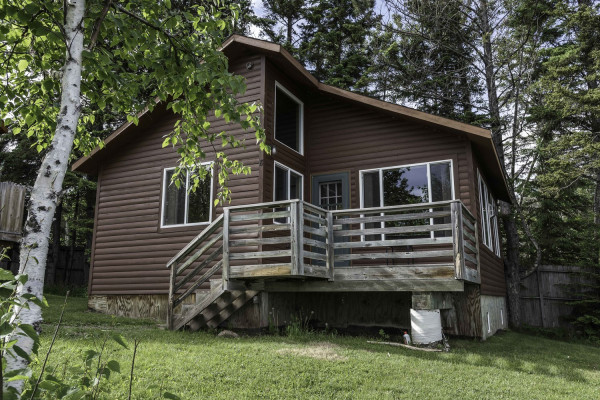 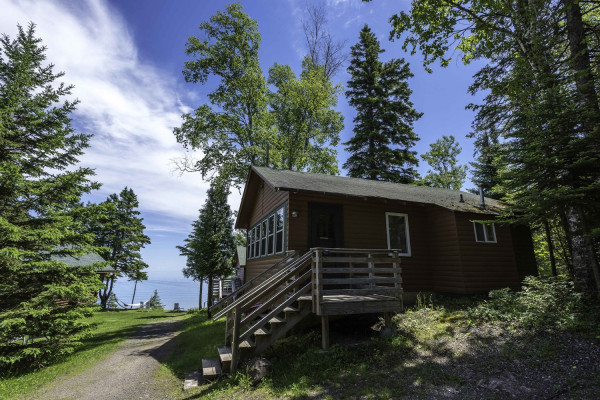 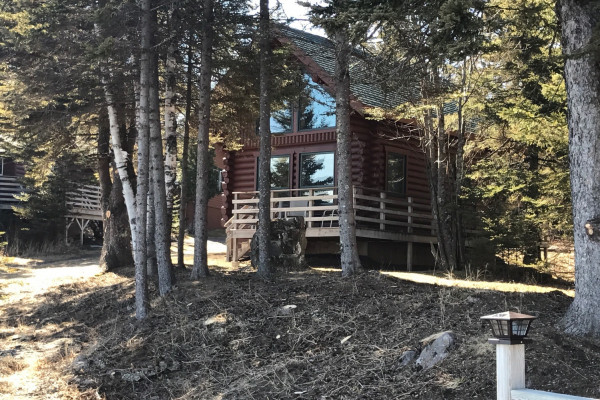 This text will be overwritten.
© Copyright 2017. All right reserved. AllCabins by AllTrips